Check out our new venue

The concept of TechBBQ was born in 2012, when a handful of entrepreneurs from the Danish cities of Copenhagen and Aarhus came together with a wish to create a space for tech innovators to network, exchange ideas, inspire each other, and ultimately help their businesses grow and support the then-small startup ecosystem.

This wish flourished into the very first official TechBBQ, which welcomed 300 people to Copenhagen’s Old Stock Exchange in 2013. From there, TechBBQ continued to grow until 2019, when we had our biggest event yet, with 8,013 registered ticket holders. Due to the COVID-19 pandemic, TechBBQ held our annual summit digitally in 2020, before returning to Øksnehallen, but as a hybrid event, implementing the digital aspects, in Copenhagen’s Meatpacking District. In 2022, will we expand further, holding our summit at the historic venue of Lokomotivværkstedet, a historic steam engine workshop, where we will continue to expand our event and our ecosystem into the future.

You may wonder, why was discovery our main stage theme this year?

Well, because we as individuals and as a civilization always are on the lookout for new horizons and exploration of new opportunities.

Our Nordic startup ecosystem, the community around it, all of the founders, as well as the team behind TechBBQ all, hold this theme close to our hearts.

We are all constantly discovering new places, feelings, people, technologies and experiences.

Check out all of our stage themes here.

For us at TechBBQ, this means a new team, a new venue and new goals.

We’re major believers in the saying “the more the merrier,” but we won’t compromise quality for the sake of quantity.

So while we would like to see our summit’s attendance grow to above 10.000 registrations and beyond, we also need to ensure that we curate quality experiences and connections for everyone along the way, hence we had 6000+ registered ticket holders.

With the global startup community itching to get back to in-person events after the worst of the pandemic, TechBBQ 2021 hosted our 9th event with 4,500 registered visitors from around the world.

After a year and a half of quarantines and Zoom calls, our community was overjoyed to return to physical events— as were we!

Yep, you guessed it. Because of COVID-19.

That meant a radical change to the way we normally approach and prepare for our annual Summit.

Instead of a physical attendance, our audience tuned in to four virtual stages from the comfort of their homes and through their computer screens.

This was a big challenge for us at TechBBQ due to the limited time available to pivot to organizing a large digital event. But just like our community, we’re a group of innovators, so we learned from the experience, and became more conscious about how to facilitate digital and hybrid events, blending physical events with digital interactions going forward.

In 2020 more than ever before, we learned to be grateful for our community and to look forward to when we could return to the in-person events we love. 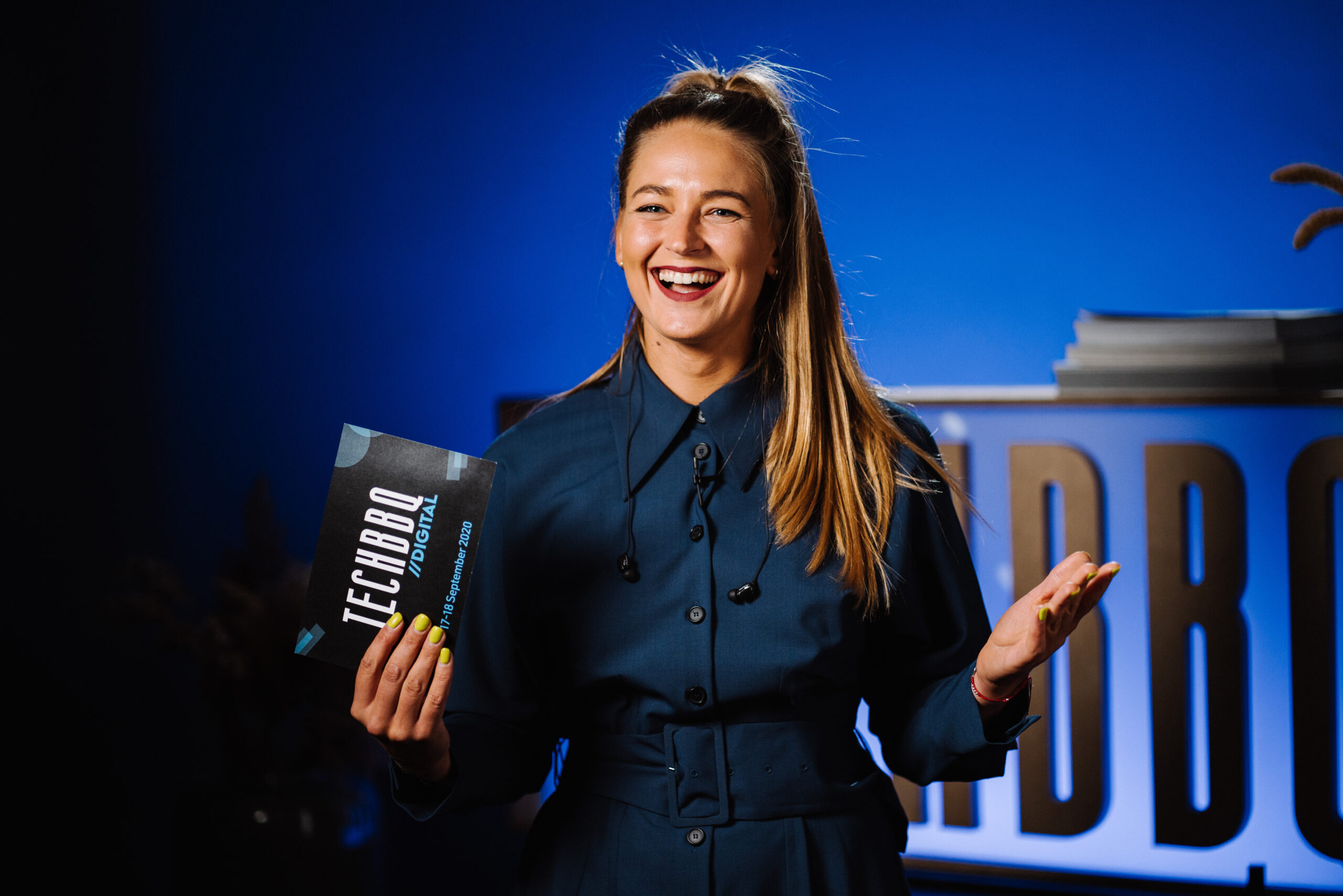 Number of days: 2 days – digital only.

TechBBQ 2019 was our largest Summit to date, bringing together a wide array of stakeholders and tech luminaries: journalists, investors, community builders, partners, universities, politicians, royalty, and of course the people that TechBBQ was built for –  scaleups and early-stage startups.

TechBBQ 2019 was a sold-out two-day event, welcoming 8.000 registered ticket holders from all over the world to our corner of the Nordics.

We had many amazing international speakers in the line-up this year, making it an unforgettable event, and setting a high standard for the future.

In 2018, TechBBQ surprised itself.

We grew even further in audience and scope, welcoming an incredible array of startups, scaleups, media, and even the Crown Prince of Denmark.

By this point, TechBBQ had grown and expanded immensely. Yet, its core values of doing things the Nordic way remained untouched. As the potential for further expansion in the number of attendees was promising, the team decided to cap the number of tickets and focus on quality instead of quantity.

It’s become a crucial philosophy of TechBBQ to maintain its intimate and founder-friendly atmosphere. However, things changed on different levels.

Soon enough, the event organizers opened up for the public and welcomed not only core startups and investors, but also community builders, students, tech talents, representatives from corporations, international media, and people with a general interest in technology.

This welcoming approach to a variety of attendees was actually a reflection of the startup scene in Denmark itself and how it evolved over the past decade. 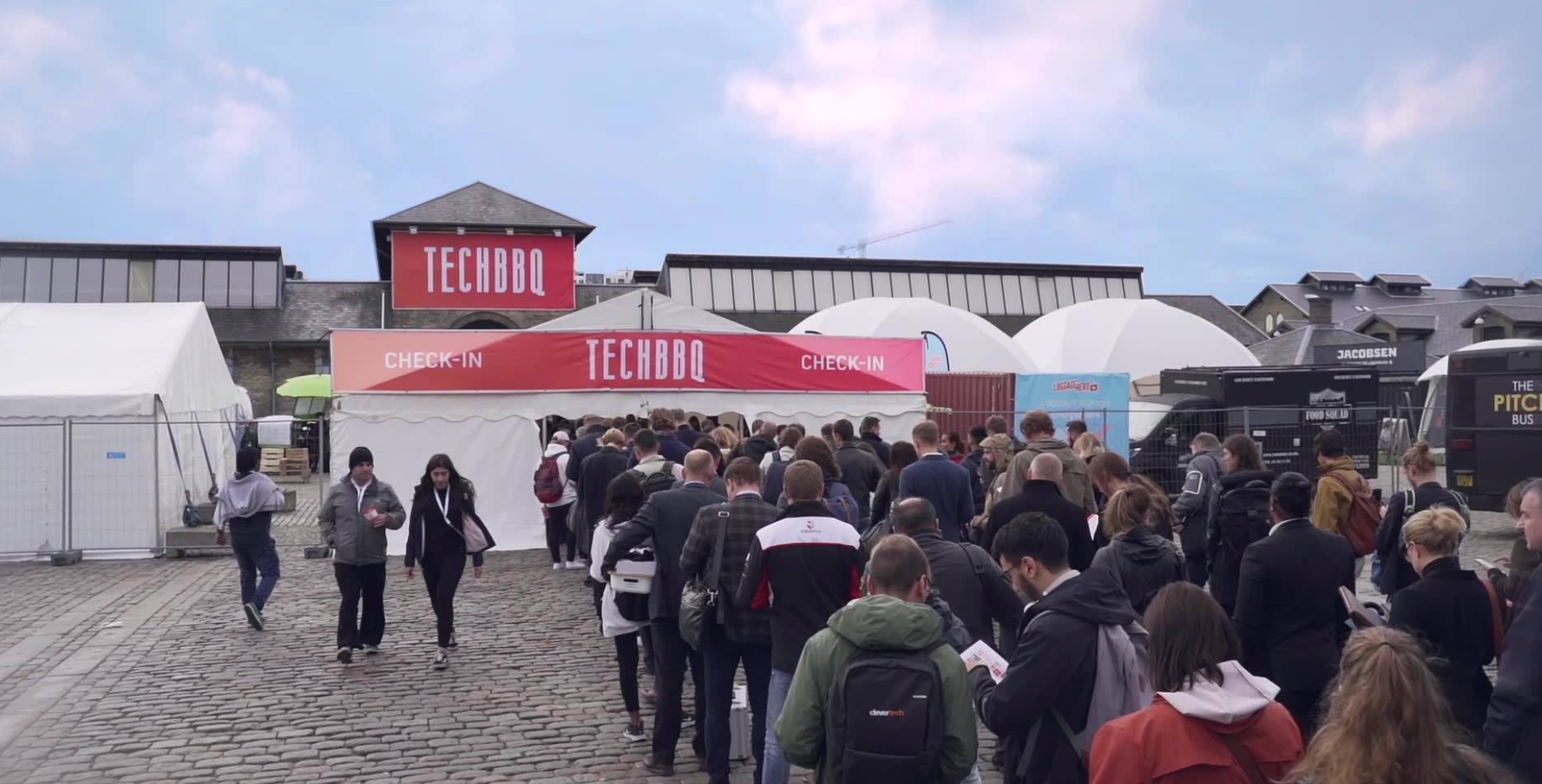 For the first time, in 2017, TechBBQ was hosting a conference for two days.

The Summit had grown from being a small tech event with only 300 techies into a more mature and modern large-scale event with international attendees flying in from all not only Europe, but from all over the world, especially the United States.

After a couple of years in The Opera House, the Summit moved to a bigger and more raw venue in the Meatpacking District of Copenhagen. 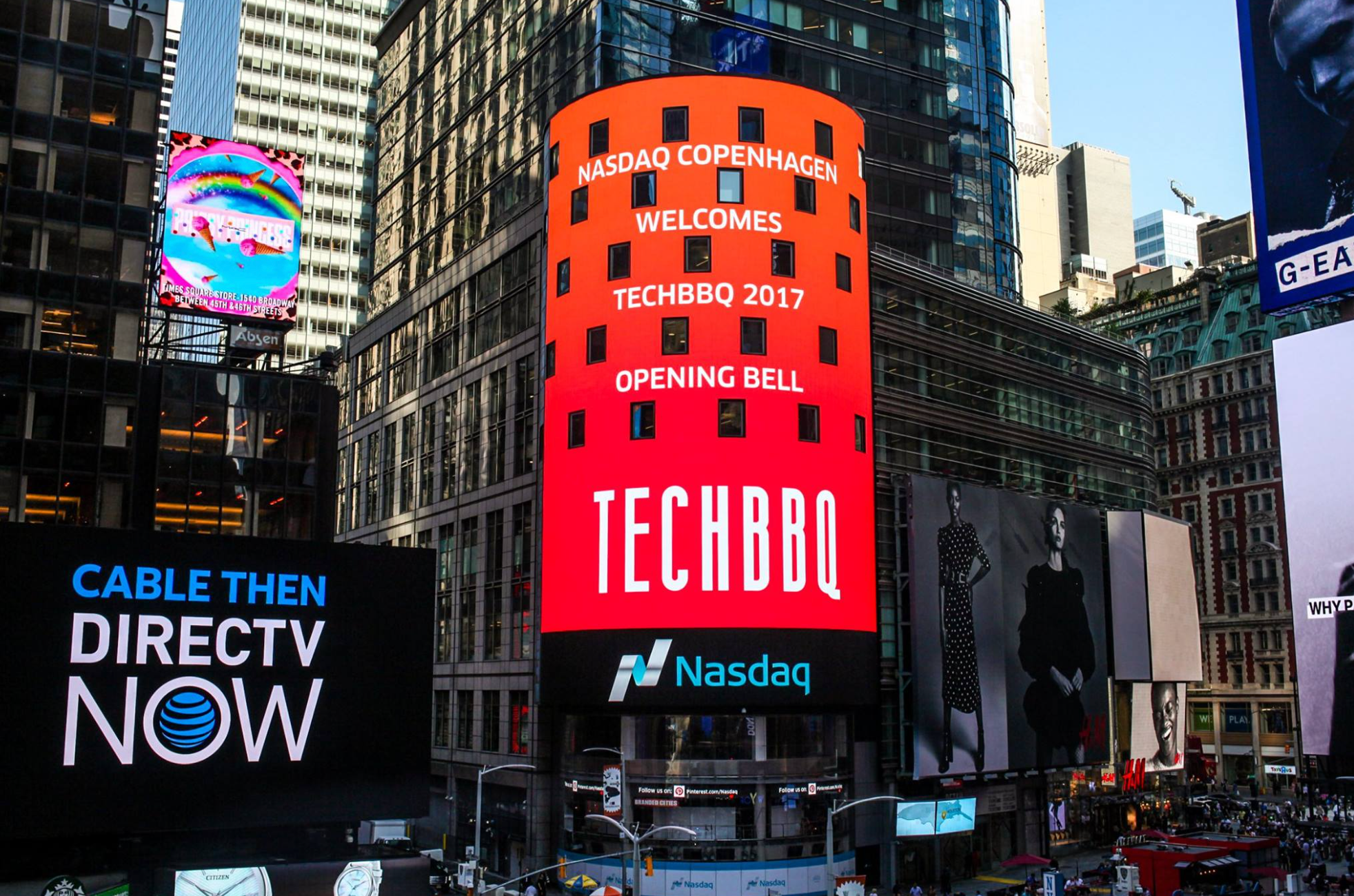 In 2016, the Danish startup scene gathered at the iconic Copenhagen Opera House for one last time. The one-day program was packed with inspiring speakers, panel discussions, and a world premiere of the Danish Spiri electric car.

Check it out here.

The conference was buzzing with Scandinavian and International players with an interest in the latest trends and tech-based startups.

The efforts of the small but dedicated TechBBQ team were assisted by sponsors and volunteers and resulted in a sold-out event with around 2000 registered participants.

Since the event was sold-out prematurely, several companies and players approached to see if there should be an extra ticket for them.

Former CEO of the online delivery service Just Eat, Klaus Nyengaard, who is one of TechBBQ’s founders, told how they had to say no to several investors, as the tickets were sold-out.

The success of TechBBQ 2016 is reflected in the expansion of TechBBQ’s set-up in the coming years. 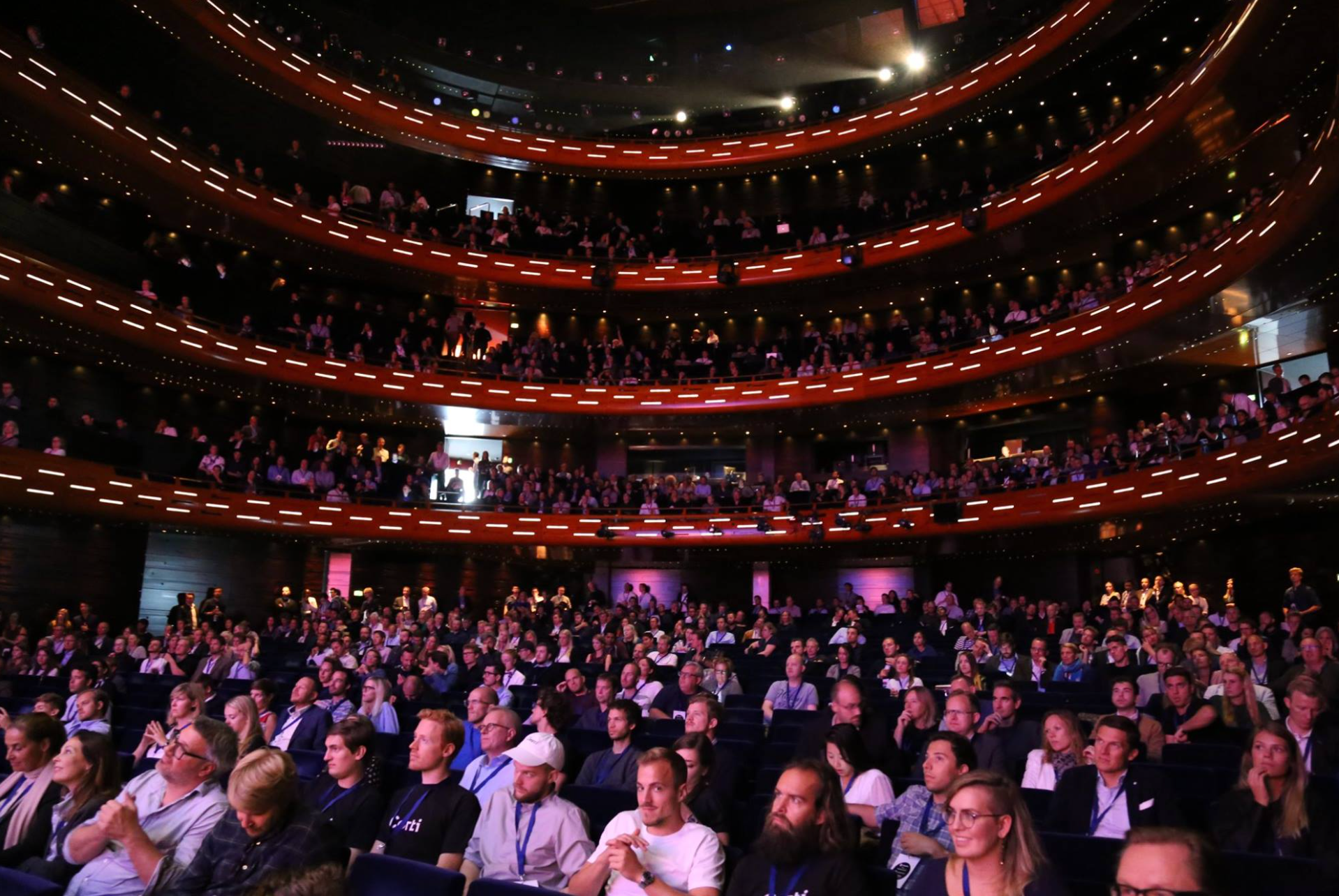 Moving to the Opera House in 2015, TechBBQ was ready for an expansion to 1.000 registered ticket holders for the first time in its short history.

This was also the first time the stage was set for an international event of this magnitude, attracting stakeholders from all over the world and bringing the entire startup ecosystem to the Opera House in Copenhagen.

Since its inception, TechBBQ’s philosophy has always been about addressing issues in connection to the startup environment that have not been talked about before.

The concept is that everyone on stage should be willing to have the desire to be brutally honest, whether you tell stories related to the company or their private lives.

For these exact reasons, the co-founder of Unity Technologies, David Helgason, went on stage and gave a talk on the struggle before success. He shared the journey of how Unity Technologies went from being close to bankruptcy to being the world’s most used game development software.

2015 was also the year where another memorable barbecue – for the third time running – was arranged.

This was held at Rainmaking Loft, the Startup Bootcamp, conveniently located next to the Opera House. 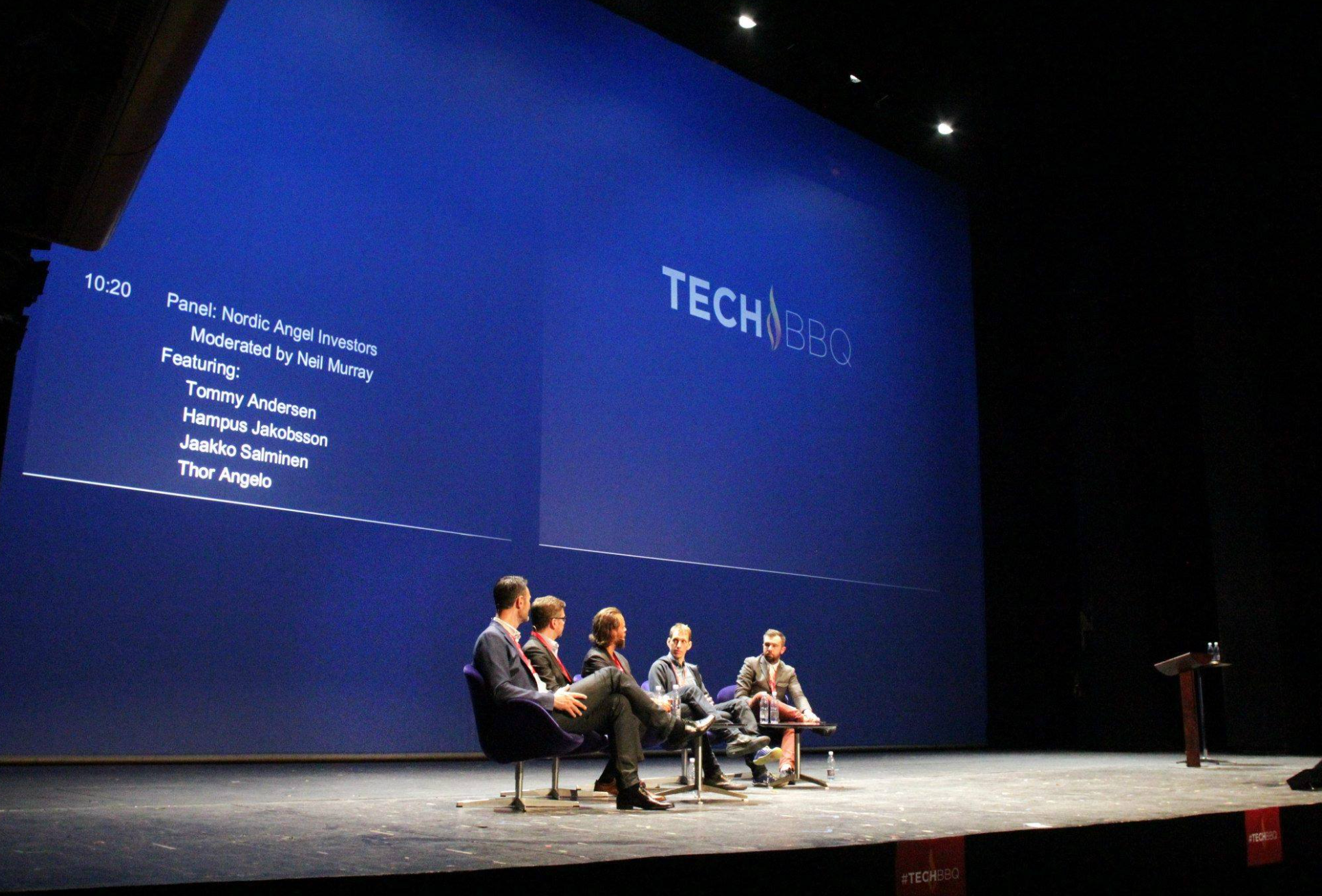 With the successful debut in 2013 in the bag, TechBBQ was off to a great start.

Now, the early founding team wanted to build on the concept and develop it further.

So, the venue changed from The Old Stock Exchange to Copenhagen Business School in order to host twice as big a crowd.

The TechBBQ tagline back in the days was “Double up and extra spicy”, which seemed fitting for the second event, which doubled in size, program and impact.

One of the keynote speakers that still today is the center of the conversation in the Copenhagen tech scene is Mette Lykke, CEO of Endomondo back then, now TooGoodToGo.

Her speech was one for the books as she openly spoke about her personal experiences and shared some intimate details about the growth challenges Endomondo was facing.

But also Asger Aamund, a prominent Danish businessman, was among the speakers – and he inspired the audience by telling them to keep working hard, as entrepreneurs will make it one way or the other if they can keep learning and never giving up. 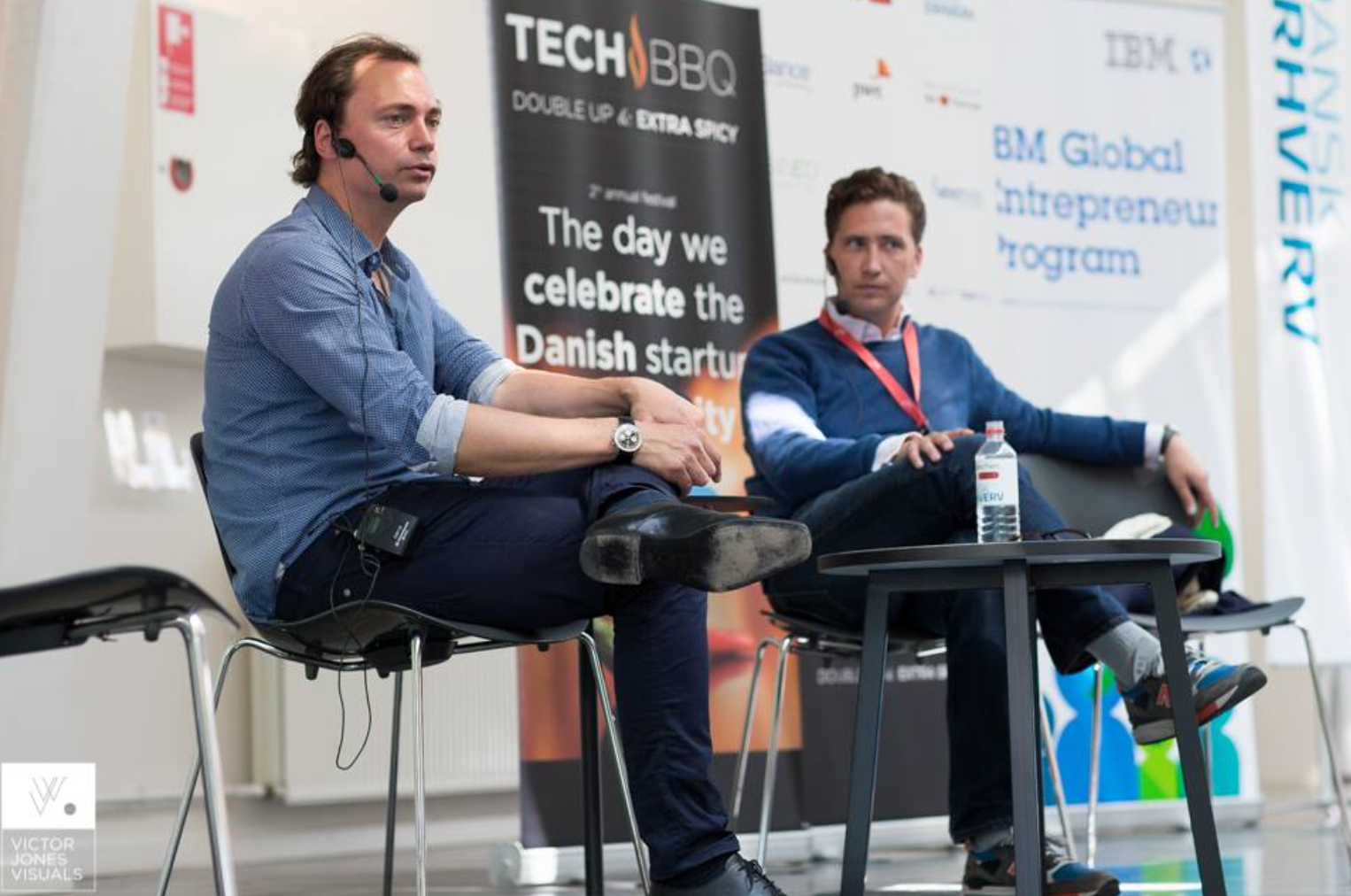 The only media back then: Trendsonline.

On this day, TechBBQ held its first official event ever.

With only 300 ticket holders. All of which were from the grassroots of the Copenhagen startup scene.

They were gathered to help each other grow and create connections across the board and to build a strong community to help further support the growth of the ambitious startups.

The event took place in the historic 17-century building of The Old Stock Exchange, (In Danish: “Børssalen”) in Copenhagen.

The imposing building of the Stock Exchange lies beside the towering palace of the Danish Parliament “Christiansborg” in the center of the city. Somewhat overlooked by its more impressive neighbors on the so-called Slotsholmen island, where politicians still to this day have their daily meetings.

With such a grandiose venue at TechBBQ’s disposal for the first event ever, history was destined to be in the making.

Only few people back then could predict that TechBBQ had the potential to grow into becoming the largest startup and innovation Summit in Scandinavia and the third largest of its kind in Europe.

“Fuck hygge. I hate hygge!,” Morten Lund said on stage in a provocative way as he wanted to prove the point of the Danes being too nice and modest.

“You need to have a bright idea, a strong team, and an even stronger why,” he said and proclaimed:

“It’s not about having a good time. Fuck hygge!”.

Time would show that you indeed could combine “hygge” with “tech”.

And get this: Event prices were only 300 DKK back in those days!