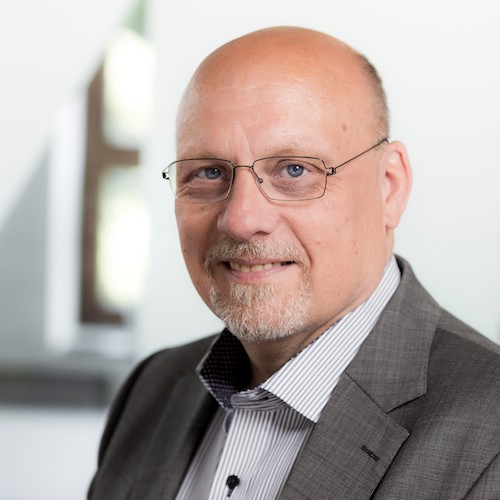 Jesper Nygård is the CEO of Realdania. Mr. Nygård obtained an MSc in Public Administration from Roskilde Universitetscenter in 1989. He is Chairman of Realdania By & Byg and Bolius, Vice Chairman of Fondenes Videncenter (Danish Foundations’ Knowledge Center) and board member of C40 Cities, Danish Architecture Center, Fonden for Socialt Ansvar (Federation for Social Responsibility) and Brøndbyernes I.F. Fodbold A/S (Danish soccer club)

Mr. Nygård joined the Supervisory Board of Realdania in 2003 and was elected chairman in 2009. He resigned from the Supervisory Board on 4 June 2013, when becoming CEO of Realdania. Before joining Realdania, he was CEO of KAB, a large Danish non-profit social housing association, from 1996-2013. Mr. Nygård has previously served as Chairman of the Board of Landsbyggefonden (the national social housing fund) from 2000-2013; Chairman of the Board of the Social Housing Association AKB from 1988 to 1996 (Board member from 1983-1996) and Chairman of the National Federation of Housing Associations from 1993 to 1996 (board member 1990-2013).

Mr. Nygård is an active public debater. He lives in Birkerød north of Copenhagen with his wife Tine and two daughters.