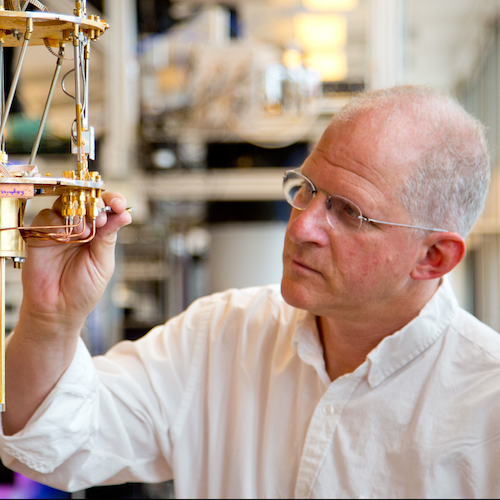 Charles Marcus was raised in Sonoma, California, USA, and was an undergraduate at Stanford University (1980-84). He received his Ph.D. in Physics from Harvard in 1990 and was an IBM postdoctoral fellow at Harvard from 1990-92. He then served on the Physics faculty at Stanford (1992-2000) and Harvard (2000-2011), where he also was director of the Center for Nanoscale Systems (2006-2011). Marcus joined the Niels Bohr Institute (NBI), University of Copenhagen in Denmark in 2012 as Villum Kann Rasmussen Professor. In 2016, he joined Microsoft as a Principal Researcher, later Partner Research Manager. He is former director of the Center for Quantum Devices, sponsored by the Danish National Research Foundation, and director of Microsoft Quantum Lab–Copenhagen.